The protection of a globally endangered species now depends on a mobile app!

The new Ministerial Decision regulating hunting for the period 2021 – 2022, signed by the Deputy Minister for Environment and Energy, George Amyras, constitutes an amalgam of contempt and sheer indifference for the survival of the globally endangered Turtle Dove. It has sadly become an annual “tradition” for hunting regulations in Greece to be dictated by the hunters’ lobby, while the Greek Ministry of Environment and Energy (ΜΕΕΝ) is simply doing its best to serve the interests of the hunting community instead of excluding endangered species from the hunting lists.

During the past two years, Greece has been invited to participate in numerous high-level meetings on the critical issue of Turtle dove hunting, both at the EU and international levels. However, unlike many of its counterparts -such as Spain and more recently Israel- Greece not only hasn’t been active in these meetings but has chosen to give the green light to Turtle Dove hunting for yet another year, rejecting temporary ban and opting instead for halving the species’ annual harvest, from 280,000 (!) to 145,000 birds. It is worth noting that the gradual decrease of the daily harvest in previous years, from 12 to 8 birds, has had no impact on reducing the number of hunted Turtle doves; on the contrary, harvest data provided directly from the MEEN show total numbers have actually increased since these measured were put into force!

According to the new Regulatory Decision, the number of Turtle Doves allowed to be hunted is reduced from 8 to 6 per hunter, per day, while  compliance to the new quotas relies solely on the self-reported daily number of hunted Turtle doves that every hunter must declare with the use of a mobile app called “KENTAYROS”. The fact that the MEEN decided to proceed with this -clearly unreliable- measure of compliance, can only raise critical questions, such as: how will it be ensured that every single hunter will have the capacity and necessary means to use the aforementioned app (including elderly individuals who do not own a smart phone or are not yet in pace with the digital era) and how will the validity of the hunters’ claims be confirmed. 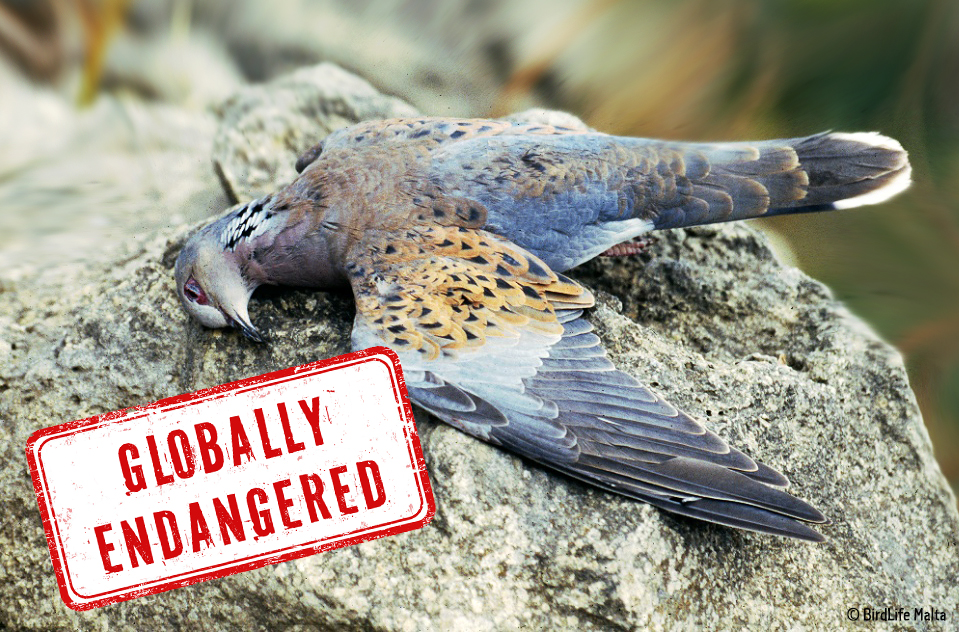 During the last few years, continuing or banning the hunt of Turtle doves has been at the center of discussions among many EU member states. According to the International Action Plan for the Conservation of the European Turtle dove, the breeding population of the species shows an overall decline, with populations plummeting in the majority of the countries where it is present. According to the International Union for the Conservation of Nature (IUCN), the species is now considered as globally threatened and in particular “Vulnerable”, while it is also considered as “Vulnerable” in Europe. This means that the Turtle dove faces a high risk of extinction in the wild in the mid-term future, unless targeted measures that improve its survival and breeding are taken.

In the beginning of July, Greece was again absent from a high-level meeting held by the EU’s Expert Group on the Birds and Habitats Directive (NADEG) on the sole purpose of bringing countries and experts together on the issue of  banning or allowing the hunting of the Turtle dove to continue. As if the absence of a country considered to be an IKB hotspot, from this meeting, was not criticized enough, when the European Commission asked all countries to complete a relevant questionnaire regarding the current situation of the hunting of the species and the conditions the State will adhere to in order for the hunting to continue, the Greek Ministry’s response was actually a eulogy for the Greek Hunting Federation and its actions, instead of clearly stating what the MEEN itself is intending to do.

It is worth noting that Greece continues to allow the hunting of Turtle doves by adopting insufficient measures, while, at the same time, the Greek State appears to be  either incapable or unwilling to stop the illegal spring hunting in the Ionian Islands, where thousands of Turtle doves are killed illegally during their migration to their breeding grounds.

Greece bears a great responsibility towards other EU member states and European countries regarding the protection of the Turtle dove, since the Turtle doves that are being hunted in Greece during the autumn migration include also the ones that were bred and reproduced in northern countries that year. Nevertheless, the Greek Ministry chose not to take into consideration the obvious lack of data and to ignore the precautionary principle, refusing to consider or impose a temporary ban of hunting of the endangered Turtle dove. It is quite clear that the Deputy Minister of Environment, on this important decision, chose to put the interests of the hunters first, instead of protecting a globally endangered species following the example of other countries such as Spain, North Italy and Romania.

Once again, Greece did not manage to exceed even the lowest of expectations when it comes to protecting Turtle Doves. 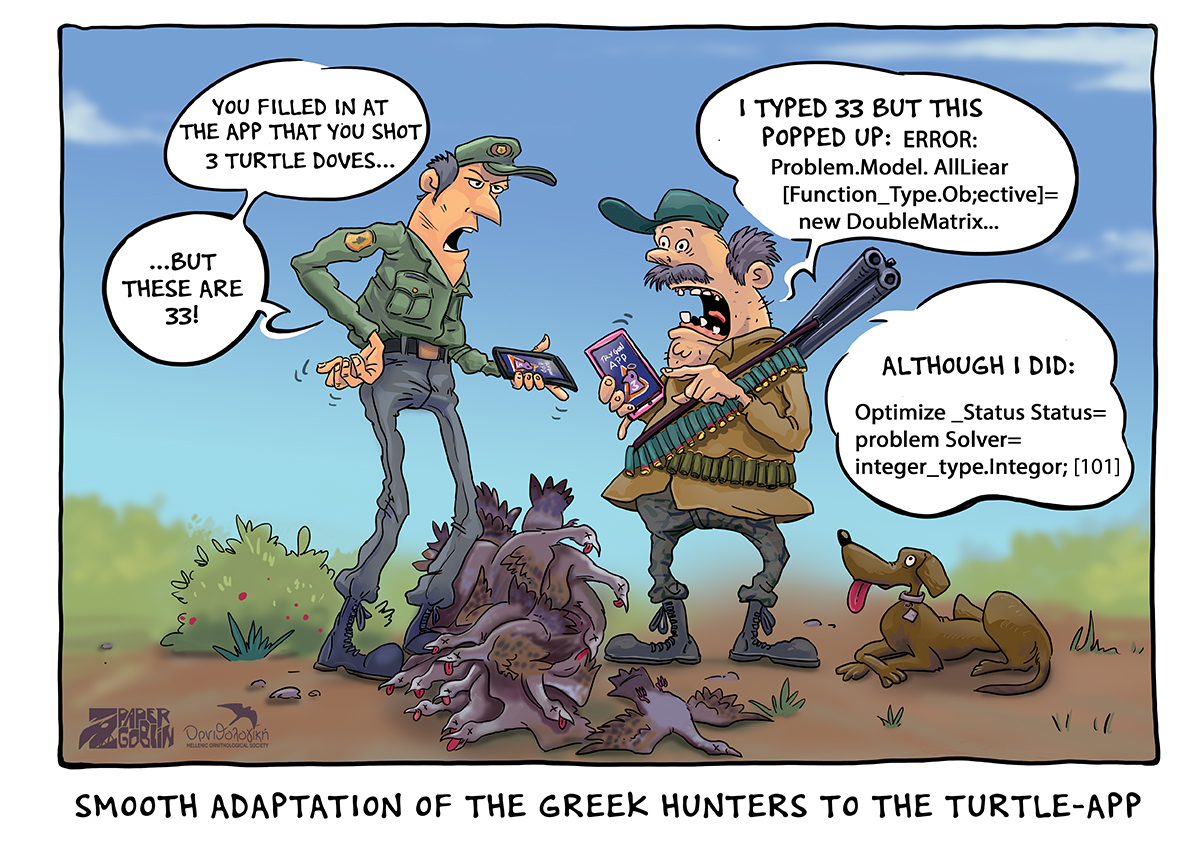 [1] In accordance with the demands of the EU legislation,the International Single Species Action Plan for the Conservation of the European Turtle dove, puts forward an adaptive harvest management modeling framework, based on which all decisions regarding the hunting of the species should be made, namely banning or not the hunting and limiting the species harvest. 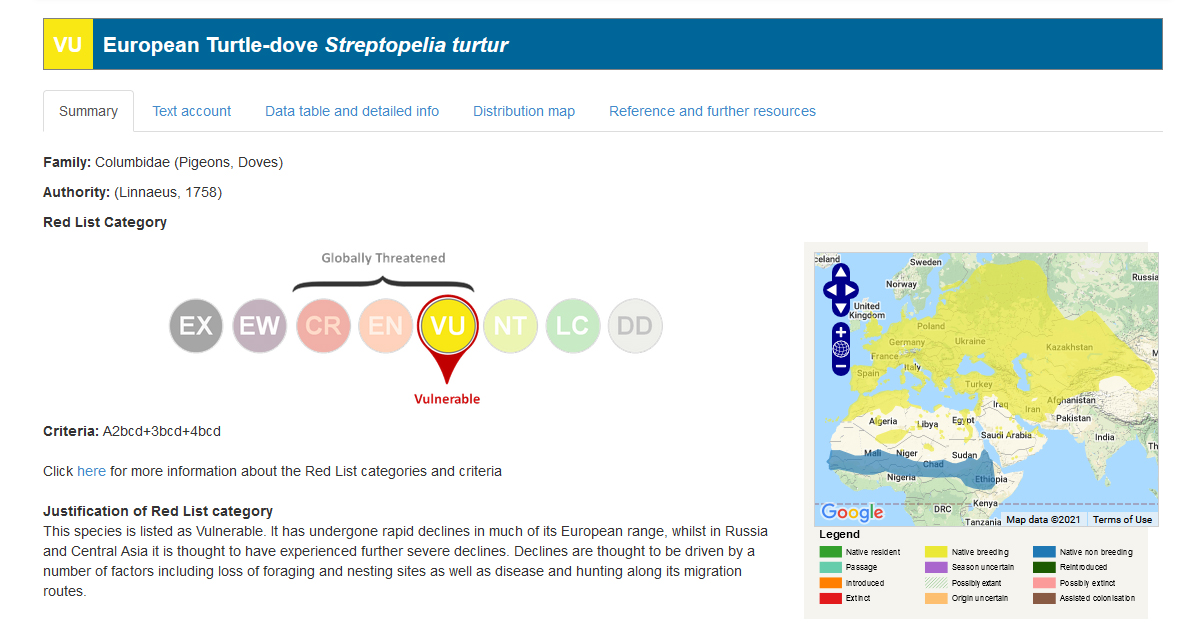 [2] The response of the Greek Ministry of Environment and Energy to the EC’s request to all member states to complete the relevant questionnaire with information on the current situation regarding the hunting of Turtle doves in Greece, including the conditions that each State will adhere to for the hunting of the species to continue: https://circabc.europa.eu/ui/group/e21159fc-a026-4045-a47f-9ff1a319e1c5/library/ccc3b061-b114-41d5-9138-a388c06cada2?p=1&n=10&sort=modified_DESC